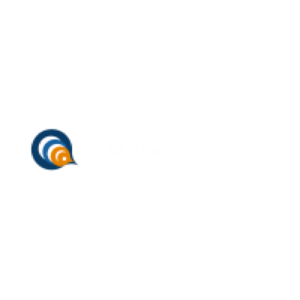 Graceful, gentle and independent, cats are the most common pets in the world. From Ancient Egypt to YouTube, they have never ceased to fascinate, tenderize or amuse human beings. And they never leave us with any surprises. Here are 11 amazing facts about these adorable felines :

11. All cats are born with blue eyes

Indeed, the production of melanin, which gives the final colour to the eyes, increases gradually after birth. The genes responsible for eye colour are activated over the course of the days. They control each melanocyte (the melanin-secreting cells) to produce a certain amount of pigment in the iris, which will determine the distribution of brown in the iris. And if some keep their eyes blue, it is because their genes have blocked the production of melanin in the iris.

10. They have a tiny clavicle

The feline clavicle, the bone at the base of the neck, is very small. This allows their shoulders to move independently of each other. Their clavicle is connected to the sternum by their single ligament, which makes them very flexible and allows them to pass through extremely narrow places.

9. They are not the only species to purr

Several mammals are humming. Raccoons, squirrels, lemurs, gorillas and elephants are among them. Purring is explained by a contraction of the muscles of the larynx, which triggers a vibration of the vocal cords. It can be due as much to a feeling of pleasure as to a feeling of suffering.

Although they can see very well at night, cats have great difficulty focusing their eyes when it comes to seeing up close. This is due to the size of their eyes. So they can’t see very well what is within a foot of their face. There, it is the whiskers that take over to analyze what they cannot see clearly.

7. They spend two thirds of their lives sleeping

Household cats have a dream life. They sleep two-thirds of their lives and when they are not comfortably settled in the arms of Morpheus, these felines spend one-third of their time cleaning themselves.

6. It’s not their hair that causes allergies

If you’re allergic to cats, you’re actually more allergic to their saliva and skin than to their hair. This allergy is due to the FEL-D1 protein produced in their skin, saliva, or even their tears. When the feline cleans itself, it coats its coat with this protein, and when it sheds its hair, it spreads and triggers symptoms such as sneezing, itchy throat, or itchy eyes. The production of this protein is influenced by hormones; in fact, male cats produce more of it than neutered males or females.

Normally, cats have four toes and a thumb set back on the front legs, and four toes on the hind legs. But it is not uncommon for them to have up to seven toes on their different legs. This peculiarity, caused by a genetic mutation, is called hyperdactyly. The cat with the most toes to date is called Jake. He has 28 toes in all.

4. They think they’re doing you a favor by bringing you injured or dead prey

If cats bring back half-dead mice or birds to their owners, it is because of their survival instinct. In the wild, cat parents bring injured prey back to their offspring so that each can practice hunting and feeding on their own. Cats thus imitate the behaviour adopted by their mother with them when they were young. They think you are not good enough to catch a mouse on your own. They bring you food and try to teach you how to hunt.

3. Cats can drink sea water to keep themselves hydrated

Unlike ours, their kidneys are efficient enough to filter out the salt present in large quantities.

2. Male cats would be mostly left-handed, while females would be rather right-handed

A study by the University of Belfast (Ireland) revealed this surprising fact. 42 domestic cats were observed in their homes with their owners. The owners placed a can of tuna above their cat’s head and waved a toy hanging from a string over their head. They also had to shake this toy on the floor in front of the cat. As a result, the females mostly used their right paw, while the males preferred their left paw. The same phenomenon was noticed in humans. This would be due to a question of testosterone.

Contrary to an urban legend, cat whiskers, called vibrissae, grow back if accidentally cut off. However, by the time they grow back, the cat will be clumsier, and therefore less reckless.

10 Proven Tricks To Get An Attractive Face

11 Unusual Facts about Cats, Those adorable felines that still hide a lot of...

The Weirdest Cars In The World

We hope you enjoy our posts as much as we enjoy offering them to you. If you have any questions or comments, please don’t hesitate to contact us. Thanks & Enjoy . (Buzz Nws don't give any medical advice, diagnosis, or treatment)
© Copyright 2021 - Buzz Nws